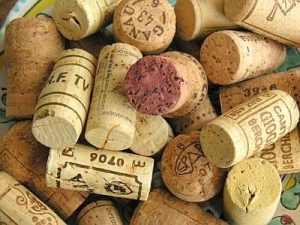 The list of Wine cellars begins with the collaboration that we have with ten wine cellars, which allows us to sell their wine (to carry away) at the same prices that you will find at the producers.

In fact in this paper, beyond addresses, territorial and production indications and curiosity, cards of wines of these ten producers, you will find also the price lists, to buy from us also a single bottle to carry away, like if you had gone directly in wine cellar, in few wordssame prices.

The Restaurant customers can moreover consult to the wine list where they’ll find more than 100 labels, more news about the wines that they could choose: from what vine they come, which historical origin boasts and other curiosities.

In the heart of Langhe, in Diano d’Alba, rises the New wine cellar of Dianesi Producers. Here four Associates, all residents and operating in the country, have had the great idea to put toghether their experiences, the high selected productions of theirs vines, succeeding, thanks to all the modern technological crhisms to produce great wines in their cellars.

Producers of grape to sell to the great wine cellars until 1991, Veglios have begun the vinification and bottling activity when Mauro succeeded to his father Angelo.

The Alessandria company, situated in Monforte, at Manzoni, continues the family tradition begun from the paternal grandfather.

From property vines, the Mossio family produces wine from a long time. The choice of the quality has been taken from several years, but it can be said above all that from the 1998 the Mossio, has caught up also the goodness, thanks to more contained yields and to an increased skill in vinification.

The attachment to their own roots, always tied to wine growing has pushed in 1993 Tino Colla and his grandaughter Federica to join the forces to gain a new challenge: the Colla farm, a new reality in albese wine makers landscape.

The Wine Company Palladino has its premises in a small square of Serralunga d’Alba. Here since from the 1870 it produces wines of great fascination.

At the beginning of 900′ the grandfather George dedicated with devotion to the cultivation of the vineyards, trying to obtain for its products the maximum authenticity and quality; and George Sobrero, his homonymous grandson, has the same belief.

Menus for Christening parties or Communion parties from € 33,00 including:
5 entrees
2 first courses
2 main courses
cake, fruits and coffee
wine included.
The Menù must be negotiated; minimum 15 persons.
Contact us!

The list of Wine cellars begins with the collaboration that we have with ten wine cellars, which allows us to sell their wine (to carry away) at the same prices that you will find at the producers.
More informations...